More and more people are looking to add bidets to their bathrooms in an effort to both reduce consumer waste and their impact on the environment. There are not many homes that have stand alone bidets included in the bathroom layout – luckily there are many types of bidets to choose from; most of which can be added to a bathroom with little or no renovation required.

This, and the Bidet Attachments, are the most common types of bidet used in North America. They can be easily installed to replace an existing toilet seat while providing many of the features and benefits of stand alone, or built in bidets without the cost of these types of units. Bidet toilet seats are the perfect do-it-yourself solution, requiring no plumbing, electrical, or renovation updates. You simply remove the existing toilet seat, install the new bidet toilet seat, attach to the existing water input connecting to the toilet (the clean water input), and adjust the nozzles to the right position. Some models have a console attached to control on/off, and water pressure, while others have a remote for the same functionality.

Think a bidet toilet seat is for you? We compare some of the best, bargain options for you in our best toilet seat bidet article. 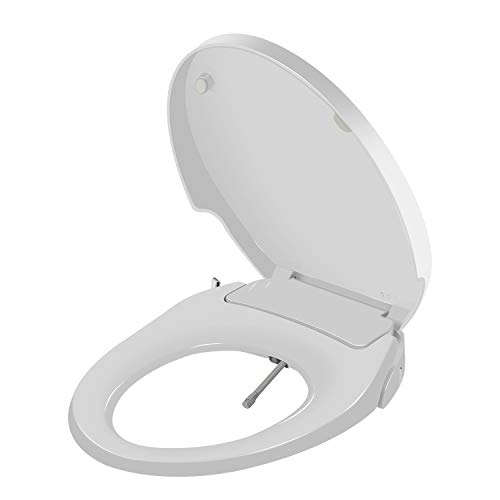 An electric bidet (or electronic bidet) is similar to a bidet toilet seat but the addition of an electrical input means there are more features, and more control. The two most beneficial (some would say luxury) features are the seat warmer and the water heater. No more sitting on a cold toilet seat in the middle of the night or the dead of winter! The water heater normally has a few settings so that the temperature of the water can be controlled and adjusted – a normal bidet toilet seat will use room temperature water which can feel pretty chilly on some days. Some models also include a drying function – a gentle, swish of warm air to dry the area before redressing. While still easy to install, these versions do require an electrical outlet to be present behind the toilet so some small renovation work may be required.

Our best electric bidet article will convince you that a warm seat can be life-changing! 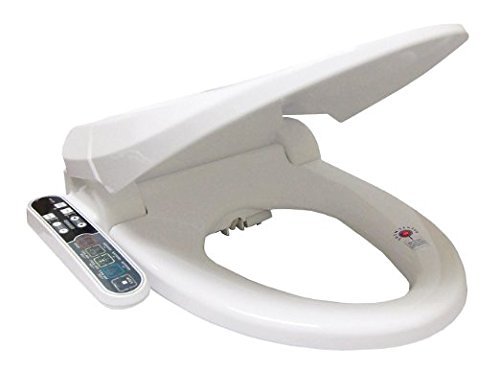 Bidet attachments are similar to bidet toilet seats except that the mechanism is not integrated within the seat but is instead attached between the seat and the toilet itself. This makes it a less expensive option (because you’re not paying for the toilet seat also) for those who want to try it out. Options such as adjustable water pressure and directed nozzle are standard; while other options such as heated seat, warm water, and dryer are generally not available as these versions don’t have the electrical connection.

In this article we break down how bidet attachments offer many of the same features as more expensive models. 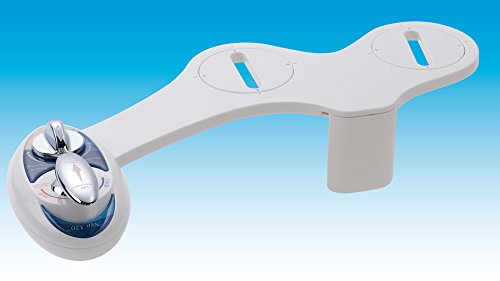 If you have travelled to parts of the world such as Thailand and Vietnam you may have already encountered the handheld spray bidet. They are ubiquitous in Asia with almost every toilet having a spray nozzle located right next to the toilet. While they appear to be a little more rudimentary than other bidet options they actually allow for the best control of use; the user directly controls the aim, the direction, and the pressure of the water. They are inexpensive and easy to install – plumbing directly into the toilet water supply and simply hanging near the toilet.

Some people prefer the simplicity of design, and use of, a handheld spray bidet. All are not equal though; read our best handheld bidet article to learn more. 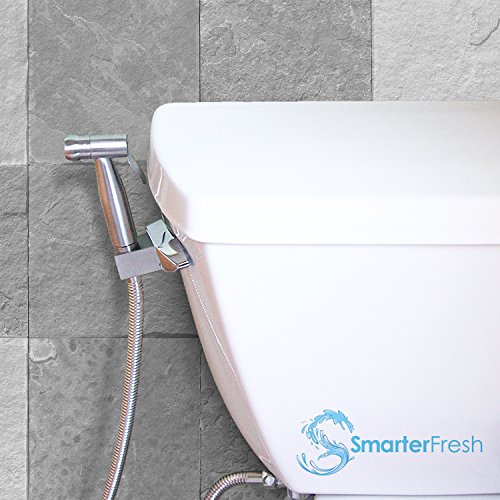 Toilet With Built In Bidet

This is the ultimate model; a toilet with built in bidet. These contain all the bidet, and luxury, options of attachments and toilet seat bidets plus all the luxury toilet options because everything is integrated into the single design. Heated seats, warm water, controlled pressure, nozzle direction, and air dryers plus features such as automated flushing, seat cleaning, water conservation. They are pricey, but they are sleek (looking more like designer furniture than toilets!), streamlined, modern, and provide the best possible bidet experience.

See the best of the best bidet toilet combos in this comparison article. 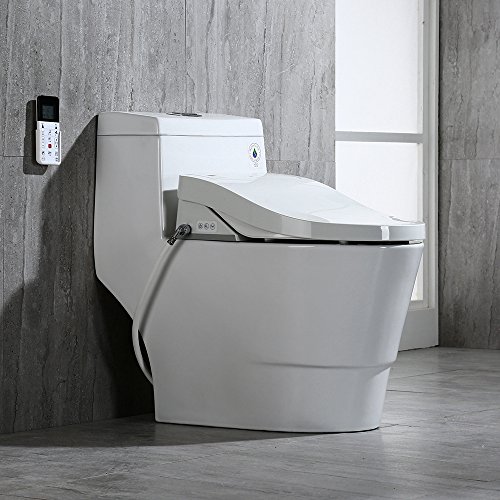 Historically a European fixture, the stand alone bidet is not seen very often in North America; mostly due to space constraints. A stand alone bidet is an entirely separate fixture from the toilet, although usually located immediately beside the toilet. These bowl shaped fixtures are usually plumbed with both warm and cold water but there is a faucet instead of a nozzle and the cleaning process is more manual – think of using soap and water to clean yourself rather than a spray of water directly to the dirty area. While still considered a luxury bathroom option here in North America, they still are not seen that often. 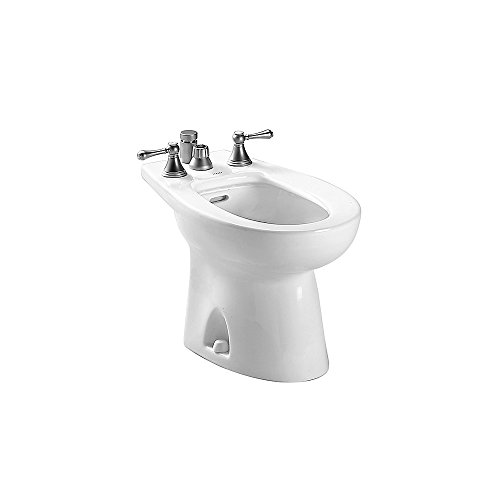 The travel bidet (or portable bidet) isn’t really an option for regular use but is included in this list for completeness sake. People who are used to using a bidet at home often like the option of taking the fresh and clean feeling with them when they leave home. Travel bidets are the perfect solution. Most consist of a plastic bottle type device with a nozzle that the user can squeeze to squirt water in the right direction. Somewhat rudimentary but it definitely gets the job done. Another version is a hose and nozzle with a small, battery powered pump at the end that can be immersed in a bucket of water – perfect for the cottage, cabin, or boat! 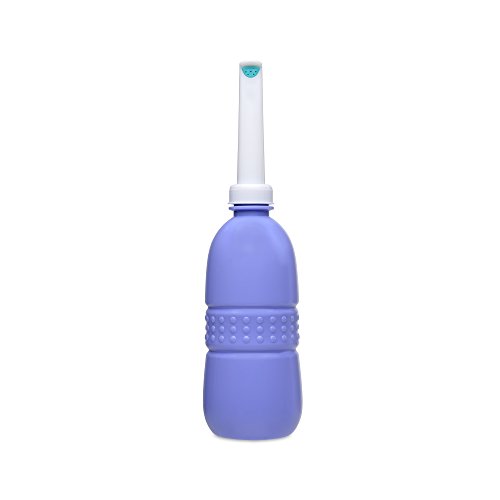 As people realize that bidets are a sanitary, environmentally friendly, alternative for after-toilet cleaning they will become more popular. And with so many types of bidets to choose from – from entry level attachments to fully integrated toilet models – there is an option for every household. 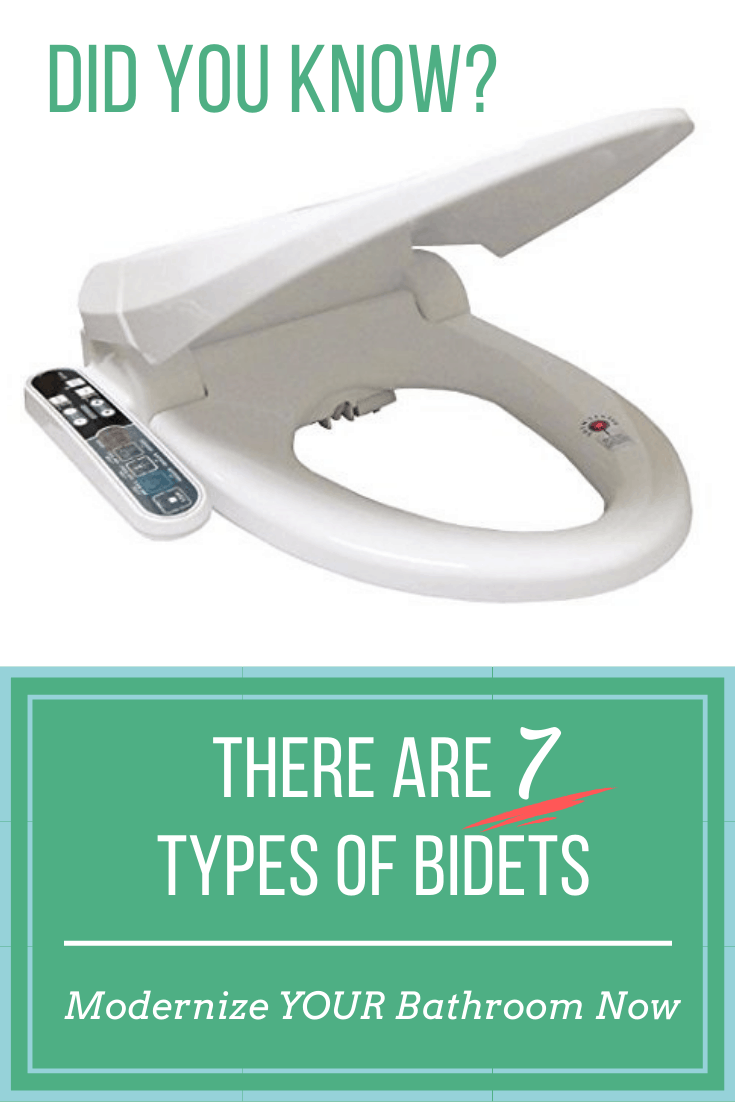