Humans have, since the dawn of time, been forced to manage their waste. Common folklore says that Thomas Crapper invented the toilet but, although Mr. Crapper did contribute significantly to the evolution of the toilet and to the types of toilets available, he did not actually invent it. The first flush-able toilet has been attributed to Sir John Harington in 1596, although it did not become more widely available until the mid 1800’s due to its elite-ness, inefficiencies, and requirement for large amounts of water.

Needless to say, the humble toilet has come a long way since its inception. There are now countless options, features, and styles available; we’ve distilled the list down to these 8 types of toilets.

Chances are that it’s a two piece toilet that holds the place of honor in your bathroom. They are, by and far, the most common type of toilet in North America right now, and have been for decades. They consist of, as described in the name, two pieces – the tank, and the bowl – that are installed together sequentially. First the lower bowl portion is installed over the drain using a wax ring to provide an air and water seal. Then the tank is attached to the back of the toilet bowl using nuts and bolts and a rubber gasket. Hook up the water, attach the seat and cover/lid, and the toilet is complete.

The two largest benefits of two piece toilets are that they work as they should, and they are the most economical toilet option. You can’t want much more from a workhorse of a fixture such as a toilet. 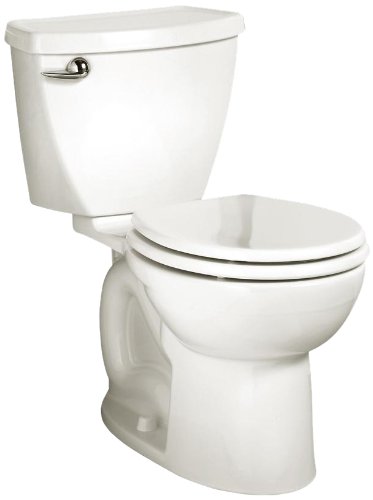 One piece toilets are becoming more popular as people embrace a more modern look and sleeker design elements in their bathrooms. Consisting of a single fixture, it encompasses the bowl, the tank, the pipes, and the flushing mechanisms in one compact unit. It’s easier to install as there is only the one piece to attach to the drain pipe, and takes up less space as the dimensions are smaller too. This works well in this age of trying to maximize space in the shrinking square footage of real estate. With fewer elements on the exterior of the toilet (because they are all hidden within the single pedestal design), it is also easier to clean.

The only downside to the one piece toilet is the price; currently they are more expensive than the two piece models but often design trumps budget when it comes to bathroom decor. 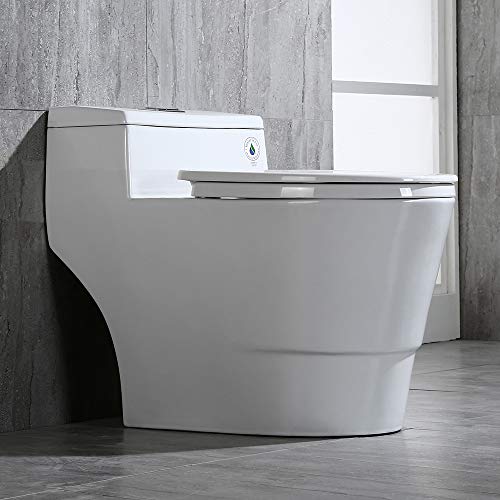 Elegant and sleek; wall mounted toilets are the epitome of uber-modern bathroom design. The toilet appears to hover in place with no evidence of the inner workings visible. They are, so far, usually only seen in the most modern, or upscale, bathrooms though as the renovation and construction required for installation is extensive. It is much more involved than simply replacing an existing toilet. The tank, usually consisting of lightweight plastic and foam, is held in place by steel bracketing within the wall behind the toilet. The bowl is anchored to the wall and attached to the tank behind – completing the illusion of the floating bowl and yet being completely functional.

The major downside of this is, of course, maintenance. With all the plumbing elements contained in the wall it requires a plumber to access and repair the pieces once installation is complete. They are, however, a beautiful option. 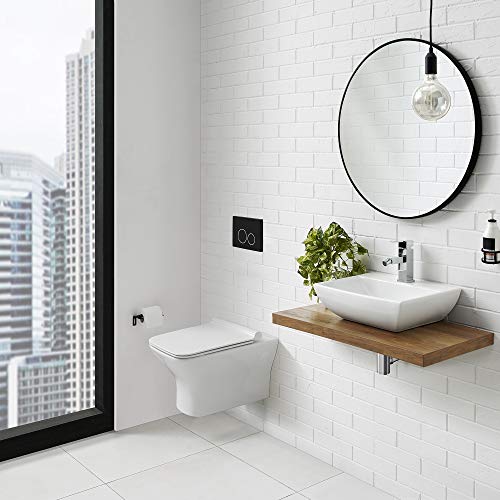 An eco toilet encompasses many designs. From low water flow toilets, ‘septic friendly’ toilets, composting toilets, and macerating toilets. Not all are designed for home use – many are best utilized in outdoor, or more rustic, environments.

There are some designs and models, though, that are suitable for home use. They may not be as sleek and modern looking as some of the one-piece models but they are economical and definitely environmentally friendly! 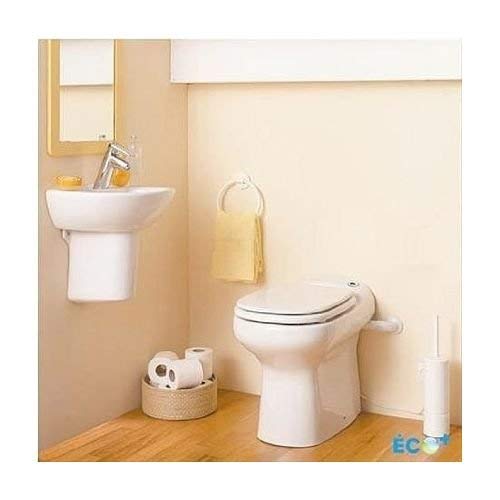 Smart toilet?! Whaaaat?! How smart can a toilet be?!

Well. While there are toilets that take it a step too far – with Alexa built in, and mood music to help you pass the time – most ‘smart toilets‘ are just smart enough to help you out. Think about the lid lifting as you approach, the seat being warmed to the perfect temperature, and the flushing happening automatically. They are the next evolution in toilets with features to make you more comfortable and others, such as bidet functionality, to help you get clean. 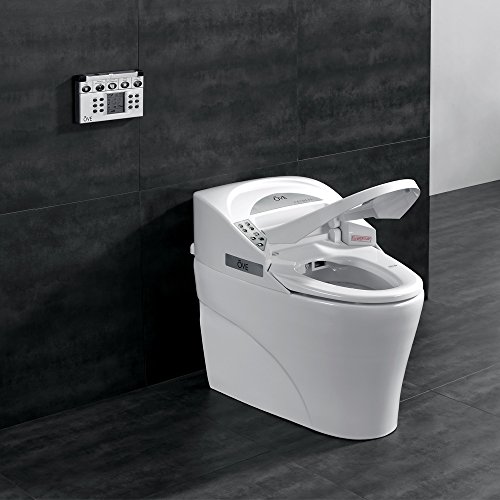 Going hand-in-hand with the traditional two piece toilet, the single flush toilet is the most common type of toilet in North America right now. It’s popularity is dropping though as we become more environmentally aware and look to reduce our water consumption. Single flush toilets are exactly as described; a single handle performs a single action in the same way every time. Each time the handle is pressed, all the water in the tank is released to flush the bowl regardless of what it in there.

This doesn’t mean that there isn’t a place for single flush toilets in an environmentally conscious bathroom though. Low flow options exist and there are plenty of DIY modifications that can be made to help these traditional workhorses function with less water. 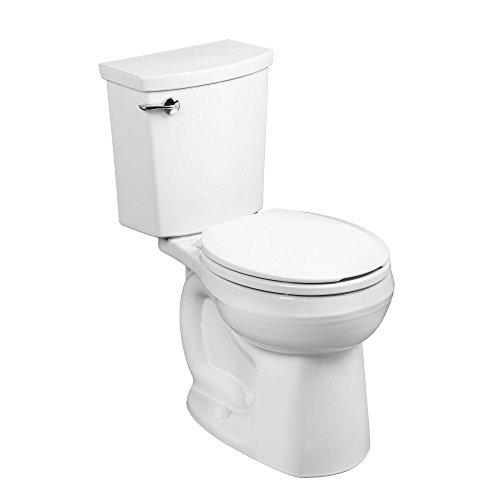 Dual flush toilets simply make sense; use less water to flush liquid waste than to flush solid waste. Seeing as not every trip to the bathroom results in solid waste, it makes good environmental sense to not have to use a full tank of water to flush every time. Enter dual flush toilets. Equipped with a dual action button, the user simply pushes one side of the button for a low-flow liquid waste flush or pushes the other side for a normal-flow solid waste flush. These toilets are the norm in countries such as Australia and will soon be more popular here in North America also. 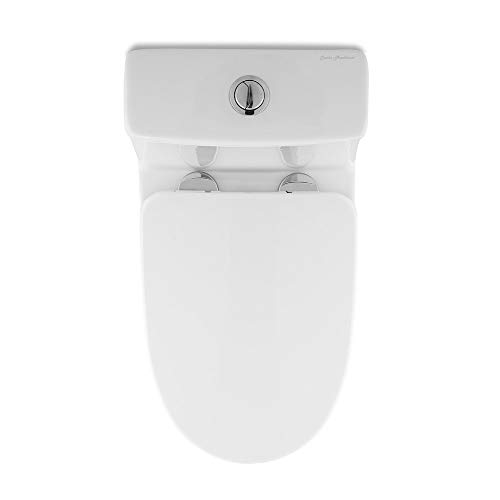 Using a water propulsion system, the cyclone flush toilet manages a super efficient flushing action using the minimal amount of water. So far, only available from the Japanese manufacturer TOTO, this leading design is set to make a dent in the market as people look to further reduce water consumption. While they may be more expensive in the short term, a lower monthly water bill will make this investment worthwhile very quickly. 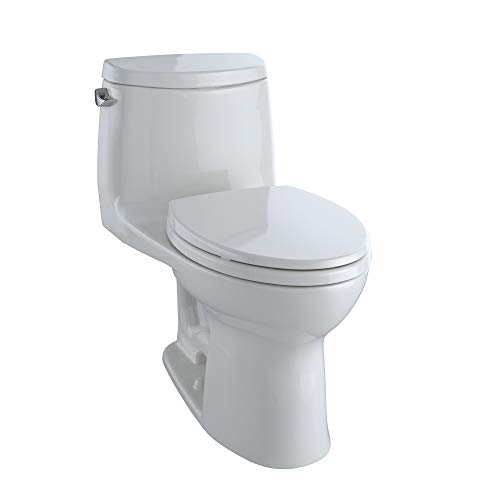 Replacing a toilet is usually done for one of two reasons. Either the one you have is broken and you need to find a replacement quickly, or that long awaited bathroom renovation is finally happening and a new toilet and/or bidet is part of the plan. Whether you are in a hurry, or have the luxury of time for planning, it’s important to make the right choice as to the type of toilet that will be a fixture in your bathroom for a very long time.