One of the biggest questions about bidets – besides the ‘How do you use a bidet‘ question – is ‘Are bidets sanitary?’.

The question is understandable: as North Americans we are unfamiliar with bidets, how they work, and whether or not they are sanitary to use. People in other countries use bidets regularly – Europeans often have a stand alone bidet for use after the toilet, and in Asia, more often than not, a water spray nozzle can be found right next to the toilet for self-cleaning. Here in the United States (and in Canada) though, bidets are not common and people usually have more questions than answers.

The question of ‘Are bidets sanitary’ really comes down to the very real concern of disease transmission related to toilet, and post-toilet, behaviour. Human guts are home to billions of bacteria; most of which are an essential part of our microbiome that we need in order to stay healthy. As beneficial as they are in our guts, though, they can alternately be very harmful if we come into contact with them outside our guts. This is why we wash our hands thoroughly after using a toilet – to ensure that cleanliness is maintained and that bacteria are not inadvertently transmitted causing us to become sick.

Toilet paper is the go-to product for post-toilet cleaning in North America. It is designed to quickly break down and plumbing, pipes, and sewer systems here are built to manage it. Is it the best cleaning method though? Without the addition of moisture, it is unlikely that cleaning is as thorough as it could be. Simply wiping is an incomplete process that often results in residue and irritation. The recent addition of moist toilet wipes addresses this but there are huge consequences to these that should be considered.

Bidets clean by aiming a stream of water at the dirty area to gently clean away any residue. Sanitary concerns often arise when this stream of water is misunderstood. It is not an unwieldy water canon that is indiscriminately spraying everywhere; in fact, modern bidets, and bidet attachments, allow the user to adjust the position and the pressure of the water stream so that cleaning is most effective and least messy. Users can then dry the area with a small amount of toilet paper (or, if it’s an electric bidet, use the air dryer) for maximum comfort once dressed.

So, are bidets sanitary? Yes, absolutely! With no part of the bidet nozzle touching any part of the anatomy, and the ability to control both the pressure, and the direction, of the water stream, there is no contamination occurring at all. While there are no scientific studies comparing bidets with toilet paper (well, none that I could find anyway), many would argue that using a bidet is more sanitary that using toilet paper alone – and that the cleaning results are better also.

Combined with the continued, standard, practice of hand washing after using the toilet, the issue of contamination is reduced to good practice and normal cautionary measures. Hopefully, in the near future, we will catch up to the rest of the world and see an increase in the use of bidets and bidet attachments here in North America.

There are Seven Types of Bidets 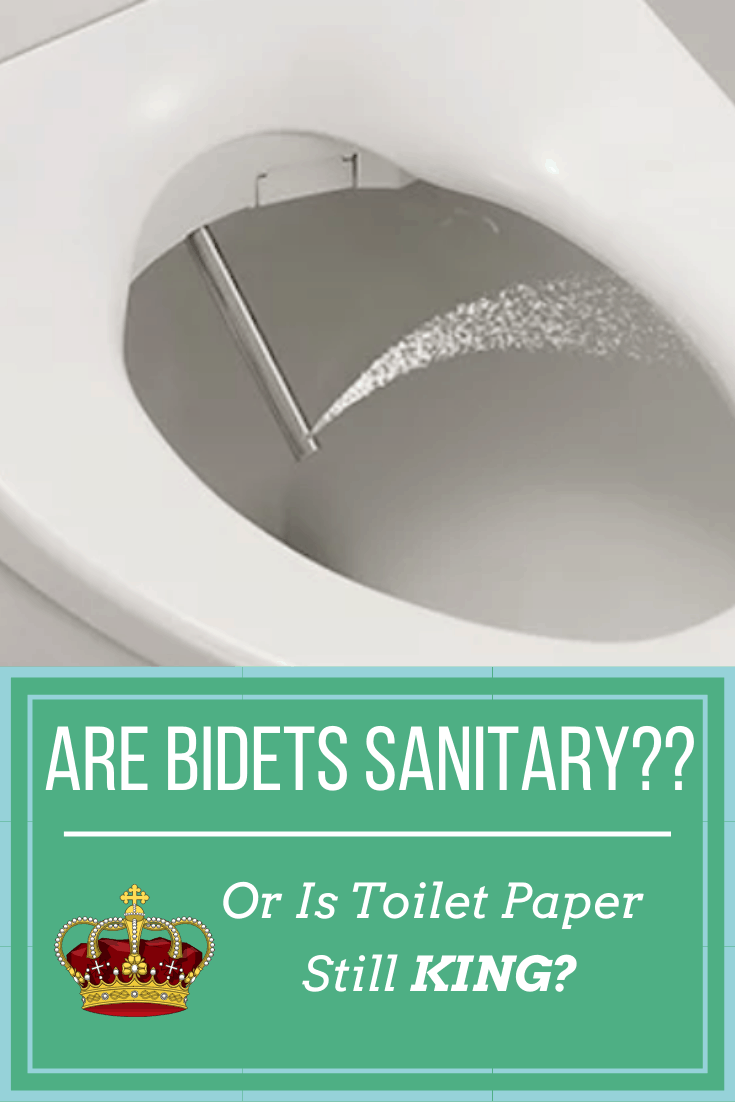