I adopted a cat recently. He’s a beautiful mackerel tabby and we’re enjoying him immensely. Getting read to bring him home was relatively easy; we picked up some food, kitty litter, and toys and the welcomed him into his new home. Luckily he’s litter trained but therein lay our first conundrum as cat parents. Can you flush cat litter down the toilet? I had thought, because cat litter contains natural animal waste, that it would be okay. Turns out that I was probably wrong.

Can You Flush Cat Litter Down The Toilet?

The short answer is no, you shouldn’t flush cat litter down the toilet.

Cat litter is fundamentally designed to absorb liquid. That’s the whole premise of the product; that your cat can pee on it, and the kitty litter will absorb it so you can dispose of it conveniently.

Traditional Cat Litter. You should never flush traditional kitty litter – it swells dramatically as it absorbs the moisture from the cat waste and becomes a clogging hazard. Even a small amount of cat litter can swell to a remarkable size and cause clogging and backing up.

Clumping Cat Litter. Definitely do NOT flush clumping kitty litter. It’s designed to clump and stick together when in the presence of moisture; something you definitely don’t want to happen while it’s in your toilet pipes! Even broken apart, clumping cat litter is a major clogging hazard.

Flushable, or Biodegradable, Cat Litter. Biodegradable cat litter (often called flushable cat litter) is often made from wood chips/dust, corn, or wheat and are marketed as being more environmentally friendly. They totally are, but you still shouldn’t flush them down your toilet. A small amount may be okay but the best place for this waste is in the compost bin.

Can You Flush Cat Poop?

Okay so now the question is: if you scoop out all the poop from the cat litter, can you flush the cat poop?

No. Here’s the thing; cat poop contains a parasite called Toxoplasmosis gondii that is extremely harmful to pregnant women (it can cause fetal development disorders or fetal death) and those with compromised immune systems such as the elderly, the very young, cancer patients, and others. Allowing cat feces to enter the water system is considered a pollutant by the Environmental Protection Agency (EPA) because of its risk to public health.

Cat poop, whether with cat litter or not, should be disposed of in the garbage to ensure that water doesn’t become contaminated, and people don’t get sick.

I think we still have a lot to learn about owning a cat but at least now we’re not putting our pipes at risk. On to the next lesson! 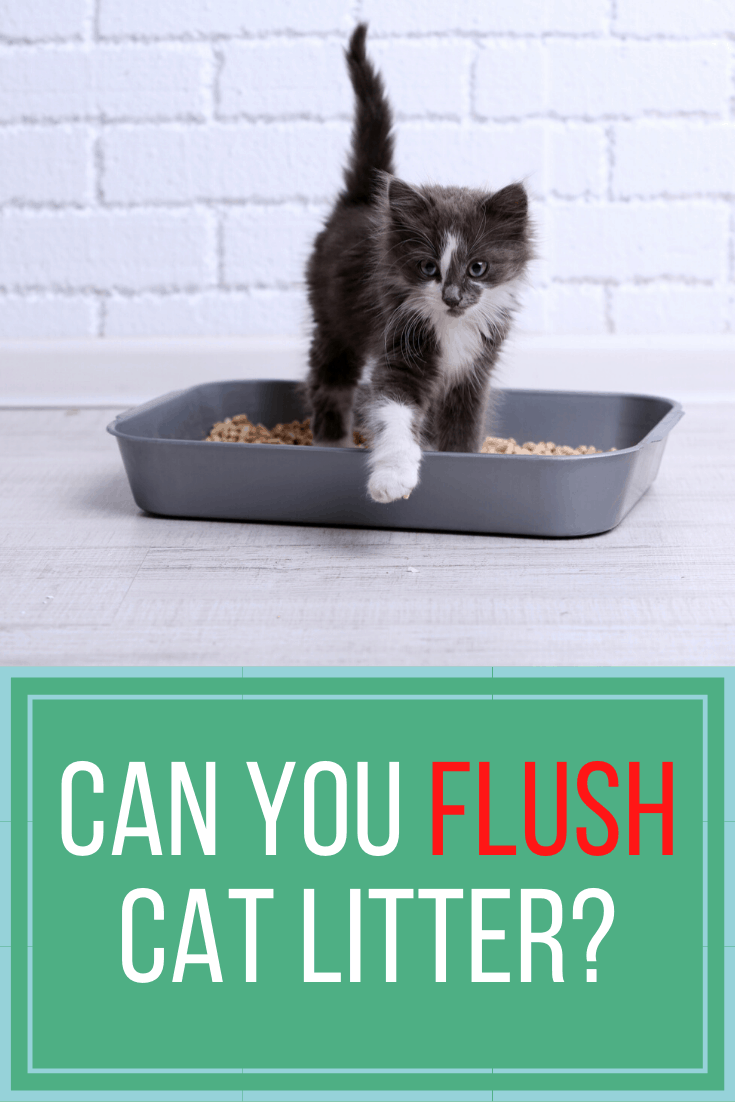