Paper towels are normally used in the kitchen to clean up cooking messes, but sometimes they are used in the bathroom. I often use them to help clean the mirror or to make the faucets nice and shiny. So, how to dispose of them once you’re done. Can you flush paper towel down the toilet?

Can You Flush Paper Towels Down The Toilet?

No, you shouldn’t flush paper towels down the toilet.

While the exit out the bottom of the toilet may seem quite wide, it actually narrows very quickly to a pipe that transports waste to the public sewer system. The ‘flow through rate’ of these pipes is quite low and the risk of solid waste such as paper towel getting stuck in there is high.

One of the benefits of using paper towel to clean up messes is that it is strong and holds together very well even when wet. It is this characteristic that makes it not suitable for flushing. Toilet paper is designed to disintegrate very quickly in water so that it can flow through sewer pipes effortlessly. When paper towels don’t break down they literally are a solid mass that has to be pushed through the piping.

It’s not only the paper towels themselves that are a risk, but all the debris that they may get caught up with along the way. Sewer pipes are filled with all kinds of non-flushable items, such as hair, dental floss, or cooking grease; paper towels can easily merge with this waste and create even larger clogs that are very difficult to remove.

There are two places to better dispose of paper towels: 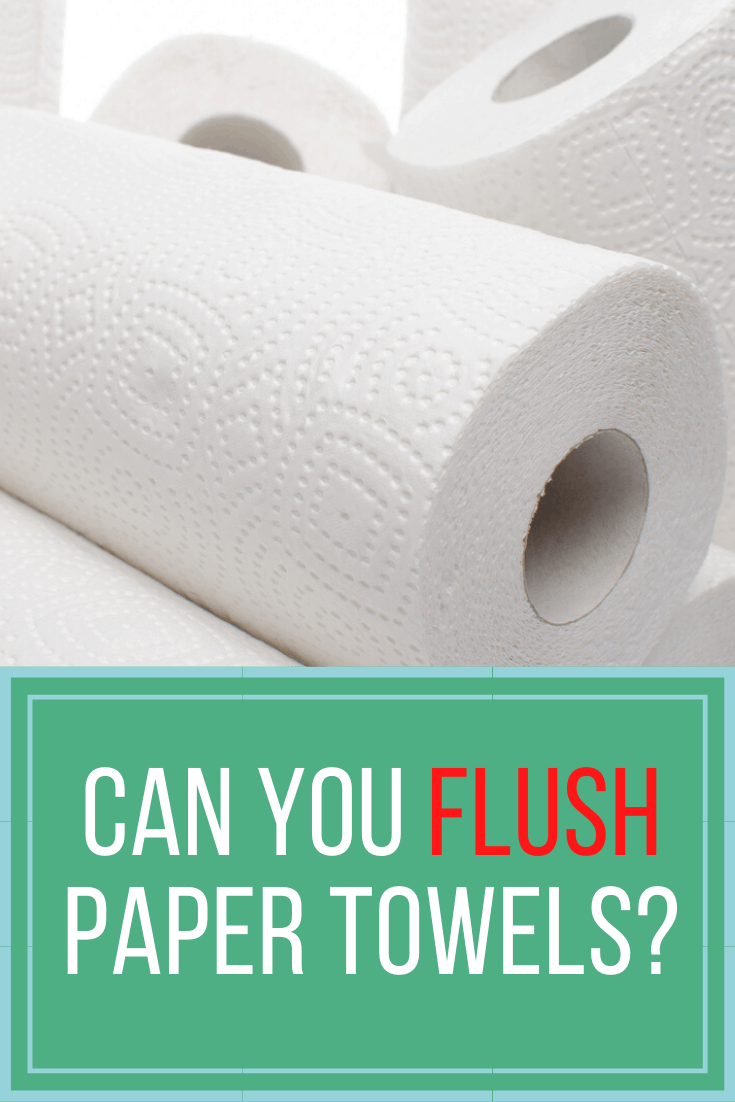